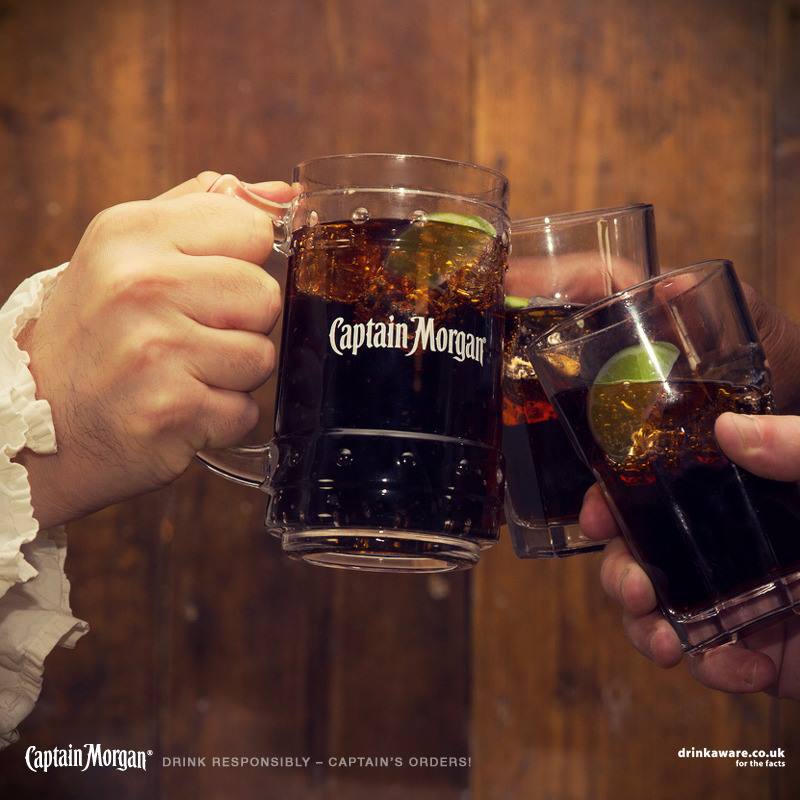 
Over 400 year ago, on the sunny Caribbean islands, Rum was born. Starting as sugar cane, the juice is fermented, distilled and aged to produce rum. Captain Morgan is named after the 17th century Welsh Pirate Sir Henry Morgan who died in August 1688. The rum's ageing conditions and blending creates the characteristic flavour, it is aged for up to a year in oak barrels adding a golden colour to this famous drink!